The following paper outlines our approach on connecting various existing European blockchain networks including EBSI, and thereby increasing the interoperability between these blockchains. Only if all existing networks join forces and are supported by the appropriate regulations is it possible to improve the role of Europe in the overall blockchain space and the digital life of European citizens.

The European Blockchain space is ready for improvement

At the moment, we can observe that the whole topic around Self-Sovereign Identity (SSI) in connection with blockchain is gaining a lot of momentum in e.g., Germany, the Netherlands, Austria, Finland, Spain, as well as on the European level (EBSI ESSIF). It is great to see all the different approaches each SSI project and their communities are taking, observing that they even create use cases to fight the current world pandemic, which means that these innovations are needed today and are already helpful to society. Currently, several different initiatives and use cases are being developed that need to be linked together. These initiatives are working on their own products and ecosystems and intend to hit the market with their use cases in 2021. Now it is time to help those use cases to reach mainstream by enabling them to communicate and to connect with one another, in order to exchange identity information with each other, including verifiable credentials (VCs) and decentralized identifiers (DIDs).

How a network-of-networks can unite the existing European blockchains

Already today, several blockchain solutions exist that focus on different sectors such as education. Two such examples are the IDunion identity network (Germany) and the DTN identity network (Netherlands), on which multiple use cases are being piloted. However, current use cases are mostly focused on a regional or national level. This means that exchange between networks is only given secondary consideration. The authors of this paper propose to provide this link between the networks, to help establish a trustworthy digital identity infrastructure via a network-of-networks approach, to facilitate international adoption and to provide a better governance framework. Therefore, the clear focus should be on achieving interoperability and on finding a solution regarding a European Governance structure, ensuring the same level of technology across the EU and enabling cross-border use cases. Based on the fact that multiple sector-specific blockchain solutions already exist, it will be essential to achieve such a consistent level of technology at the European level in the medium term. A lack of inclusion of blockchain solutions does not only mean an important loss of knowledge and experience but can also lead to poor interoperability between the EBSI solution and those already existing. In addition, this might mean for companies, citizens as well as for authorities that the same identity data (only in a different format) would have to be kept for many different solution providers. This would not make life any easier for all users. The authors‘ ambition is therefore to build a network-of-networks that enables identity exchange between the different solutions. 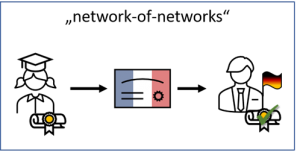 Example of interoperable credential through use of the network-of-networks: French student can prove her Dutch diploma to a German employer

Already existing projects focus on building an identity system which shall provide the ability for institutions (Issuers) to issue their verifiable credentials on the device of the Holder and give them the opportunity to enable verification with the given verifiable credentials towards other institutions (Verifiers). Please refer to supplemented letters of endorsement at https://networkofnetworks.net.

The example given above is intended to illustrate that the use of a network-of-networks facilitates the exchange of identity data across solutions. In the above example, a French student receives a diploma from a Dutch university (via DTN blockchain). With this diploma, the person applies to a German employer (IDunion user), who can verify the authenticity and validity of the diploma based on the network-of-networks. Relevant technical standards are also inherently aimed at the concept of network-of-networks. For example, the DID Core specification at the World Wide Web consortium (W3C) has not only been written to define a new decentralized identifier technology, but also to act as an abstraction and compatibility layer on top of many different types of identifiers and networks. This mechanism ensures that no matter what the underlying technology or governance of a network looks like, applications can use all types of DIDs via a universal, standard interface that avoids lock-in to any given network. Applications that use this technology are therefore able to work across different networks. Not making use of this inherently interoperable design would be like building web browsers that can only access certain websites or certain top-level domain names.

Complementary to the one-blockchain-that-rules-them-all approach proposed by the EC Blockchain PCP, this effort would be pursued by implementing a network-of-networks. Due to the complexity and associated workload, funding for this effort would be immensely beneficial. This funding would be used for research, development, and interoperability testing of missing topics:

It is important to us to join forces for the benefit of the European data economy and to support projects at a high level. To achieve rapid usability and pave the way for market entry, the European blockchain community should focus on interoperability. In this regard, the cooperation of existing blockchains is beneficial. However, this does not mean replacing existing networks with an EBSI blockchain. Rather, it is about leveraging the strengths that come from the diversity of existing European blockchain networks (including EBSI). Indeed, this implies making interoperability between blockchain networks a key objective. This is the network-of-networks approach. In addition, European legislation and respect for fundamental beliefs such as data protection and data sovereignty should be considered. Alignment with European legislation and strategy on data protection and data security, as well as independence from market-dominant single sign-on (SSO) solutions, should be achieved to meet the challenge of a decentralized, self-managed digital identity. In this way, technological independence can be achieved. The economic use of blockchain can be evaluated at a later date.

What needs to be done on a European layer 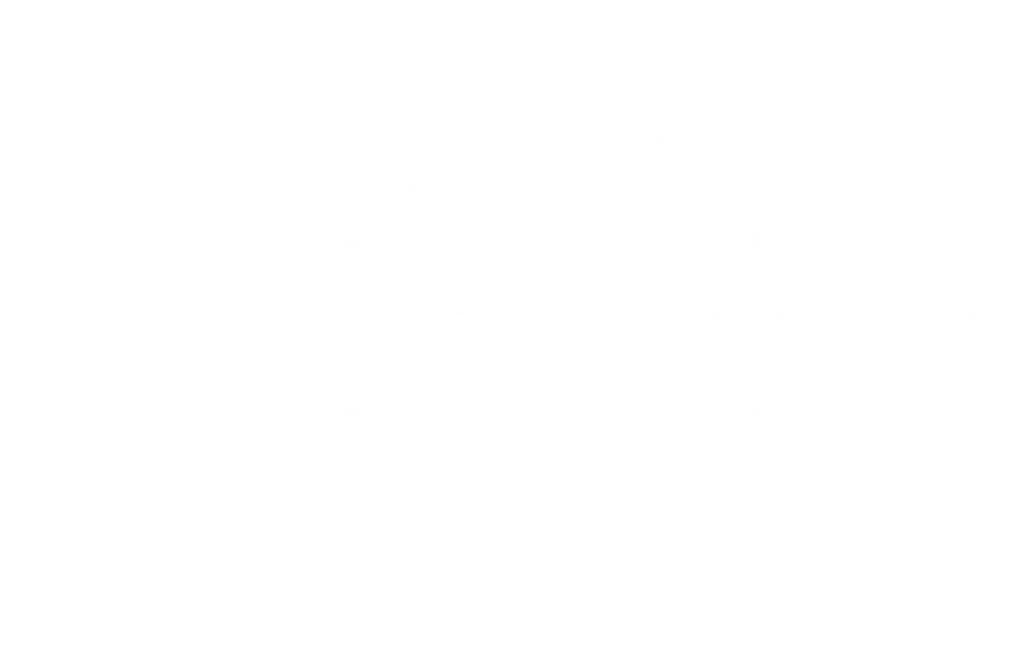